How to Catch a Prince

How to Catch a Prince
by Rachel Hauck

The title of this book is what initially caught my attention followed closely by the gorgeous cover. When I realized it was book three in a series I quickly found books one and two and read them first and loved them. Hauck is quickly becoming one of my new favorites. Her grasp of Contemporary Christian Romance is perfectly portrayed in this Royal Wedding series. 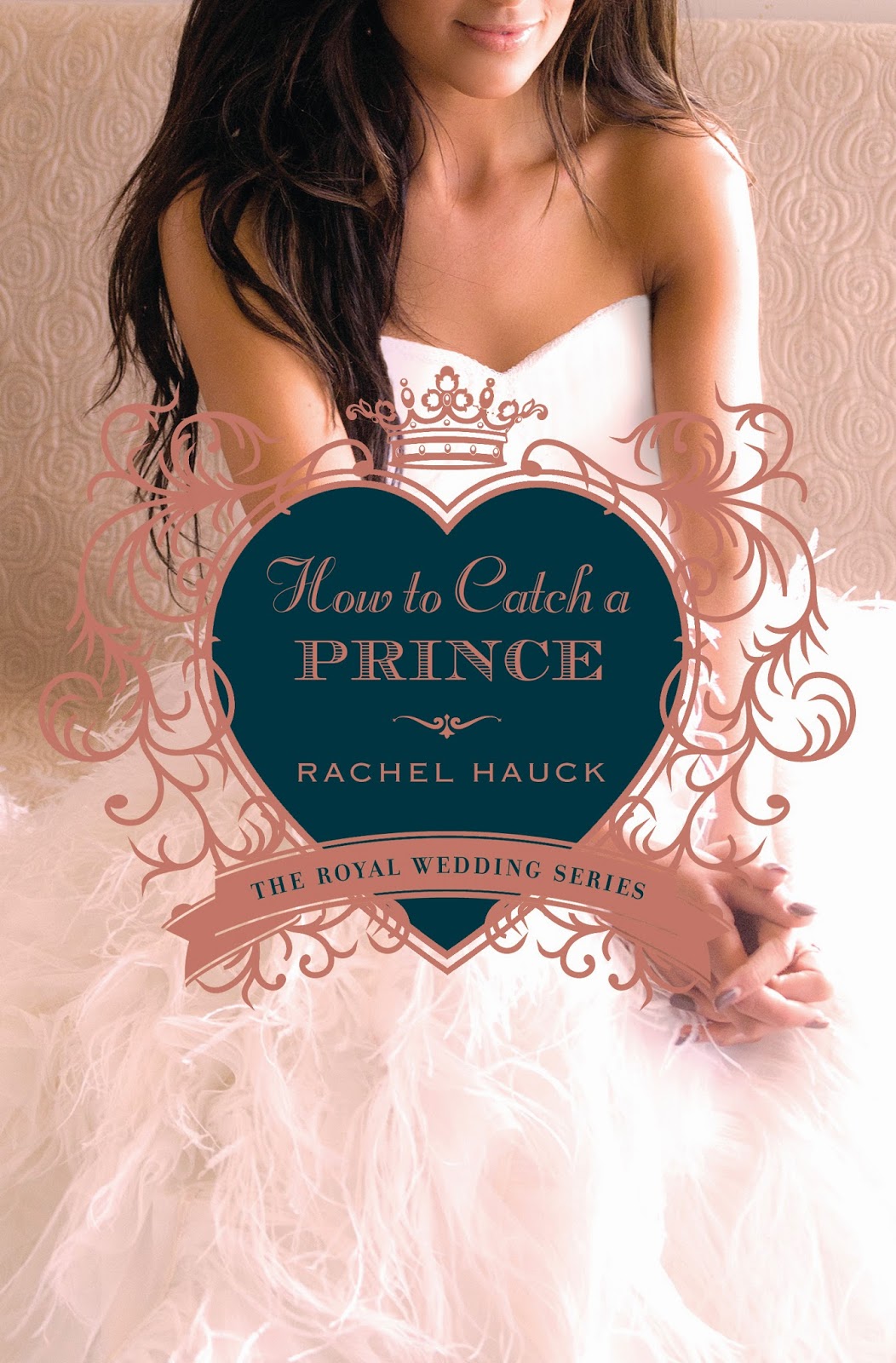 How to Catch a Prince it told through dialogue between a fairly small group of characters and also prose from mostly the two main characters. I found myself especially drawn to the prose from Corina and Stephen as they really opened their souls through their inner thoughts. It didn’t take long for me to feel fully vested in what happened to them and their love story.  I especially loved the italicized flashbacks to when they originally fell in love. I found myself looking forward to any peek into their past. Hauck’s descriptions of Stephen’s hometown make you wish it was a real life place you could visit. Meanwhile the voices of Corina and Stephen – especially when they are in conversation with one another – are incredibly strong. You can feel Corina’s stubborn side and you ache for the pain in Stephen’s voice.

As this was book three in a series it was also great fun to re-visit characters from book one. I loved seeing Susana and Nathaniel’s continuing love story as secondary characters in this book. And while you could technically read book three without reading books one and two I would highly recommend reading at least book one first to get the full background Stephen.

This story was a much more difficult read than the other two books in the series due to the pain of loss that is portrayed in this book. The loss the two main characters deal with causes them to struggle in their relationships, work, and spiritual lives. This book is not a quick read as it truly has you following in the healing process. But as you follow along you won’t be disappointed.

Conflict in How to Catch a Prince arises in so many areas. Corina experiences conflict in every area of her life – work, family, and internal emotional conflict. Stephen too is dealing with great emotional conflict and more so spiritual. It was such a joy though to see them both overcome so many struggles as they reconcile. I was especially proud of Stephen as he learned to accept forgiveness and also forgive himself as he came back to Christ and I appreciated that Hauck didn’t rush the process as authors many times do. Watching Stephen struggle through most of the book really made you cheer for him and celebrate with him when he conquered his pain and therefore was able to truly love again.

There were so many great romantic moments in this book both in the flashbacks and the present day. You could feel the tension in the air every time they came close to one another and when they embraced and kissed you could feel the passion. I loved every moment of watching them rekindle their romance. I was so happy when they finally got to their happily ever after.


“The butterflies from his kiss lingered with Corina all night fluttering down to her toes as she dreamed.” (Corina)


“Last night’s kiss left him jammed up, and tossing and turning through the night.” (Stephen)


It is obvious how much Hauck enjoys British Royalty and fashion in this novel. It was fun to read about the royal life and what is expected of the prince. I felt like I could picture Corina as Kate Middleton before she married into the royal family. I also appreciated how she threw in knowledge of other parts of the culture such as the food and Rugby. By the end of the book I knew more Rugby terminology than ever before and really wanted to try a puff pastry.

This book will mostly likely come off as preachy to non-Christian readers while Stephen works to reconcile his relationship with the Lord. But anyone who enjoys Christian Fiction especially of the contemporary and romantic sort will love this modern day fairy tale. The only part I didn’t care for was the unrealistic fantasy inn that Corina stayed in and the inn keepers that were only characters through fantasy.  But the only aspect of the story that might be offensive to conservative readers is the mention of alcohol but since Stephen readily admitted that he only tried it briefly it was barely mentioned.

How to Catch a Prince is a truly delightful read as was the entire series. I love it when an author can write a series and keep you entertained the entire time. I found myself longing to continue the series after books one and two and was not disappointed by book three! The whole idea of a modern day princess was a perfect plot and while it has been done by other authors before I loved Hauck’s spin on the idea and her characters were magnificent. I found myself laughing in parts and reaching for Kleenex in other parts because I was crying. I didn’t want this book to end and can’t wait to see what Hauck writes next!

Zondervan provided me with a complimentary copy of this book through Net Galley in exchange for my honest review.
at 8:50 AM